You are here
Home > Comics > Send In The Subs: The Best Substitute Super Hero Teams 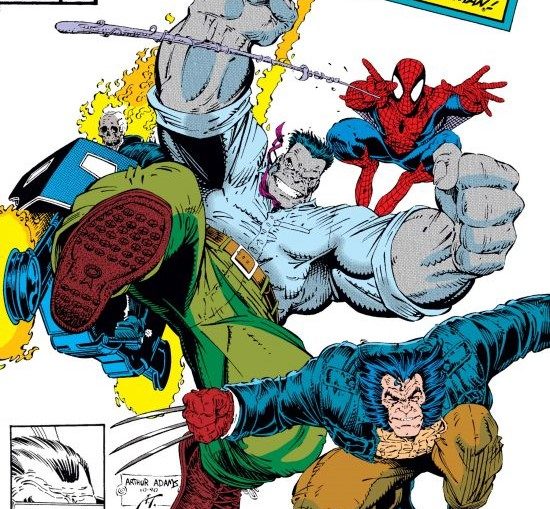 Fear not friends, there are NO Avengers: Endgame spoilers here (or here either)! If you have seen Endgame, you saw an example of how the world moves on when a series of super heroes go missing. This has happened numerous times throughout comic book history, and I wanted to take a quick look at a few of the best replacement teams of all time.

Leading off with an original team with a twist, The Thunderbolts stepped up to fill in for The Avengers when they seemingly died in the battle with Onslaught. Spoiler alert for a twenty year old comic – it was revealed at the end of their first issue that The Thunderbolts were actually Baron Zemo and The Masters of Evil posing as heroes to gain the public’s trust.

Another team consisting (mostly) of villains posing as heroes, only this time the team had public approval. Norman Osborn (aka The Green Goblin) became public hero number one during the battle to fight off the Skrull invasion in Secret Invasion, almost getting sole credit for repelling the Skrulls thanks to a conveniently timed, well placed shot. He eventually was given control of S.H.I.E.L.D. and used that platform to create his own Avengers team. Osborn led the team as The Iron Patriot, the “Spider-Man” was actually former Scorpion Mac Gargan, who had come into possession of the Venom symbiote. “Hawkeye” was really Bullseye, “Ms. Marvel” was Moonstone (also a founding member of The Thunderbolts), and “Wolverine” was Logan’s son Daken. As I mentioned, this team had public approval thanks to Osborn, which leads me to question how trusting the Marvel Universe is. I mean after all you don’t see the DC Universe trusting any meglomaniacs with absolute power…

Speaking of old Lex, desperate times called for him to be part of an unofficial, makeshift team. During Blackest Night, only the combined powers of all the different Lantern Corps have the power to defeat Nekron and destroy the Black Lantern Central Power Battery. With all the current Lanterns only able to generate a fraction of the White Light needed to do so, Ganthet of the Guardians of the Universe initiates a program in the different rings to temporarily deputize individuals to be members of the different corps. The rings chose the following individuals capable of the necessary respective emotions – Lex was given the orange light of avarice, Mera had the red light of rage, The Flash possessed the blue light of hope, The Atom given the indigo light of compassion, Wonder Woman the violet light of love, and The Scarecrow the yellow light of fear.

In my opinion the quintessential replacement team, the new Fantastic Four were initially gathered under false pretenses! Tricked by a Skrull posing as Sue Richards, Spider-Man, The Hulk, Ghost Rider, and Wolverine were gathered to avenge the “deaths” of the Fantastic Four. While these four have only teamed two official times (almost a third, but Wolverine wasn’t present, with Hulk speculating Wolverine was busy doing a team up with The Punisher), for many fans they are the most fondly remembered replacement super hero team. Who’s your favorite super hero replacement team? Are there any I missed? Sound off in the comments and I’ll catch you next time!