Hey everyone, Happy September!  Since I don’t recall typing a similar type sentence that contained the words “Happy August”, that must mean I didn’t write an article last month.  I wish I had a good joke reason for why I didn’t, but what happened was I had planned on writing this article about video games on Sunday August 26 – the same day that a very tragic incident happened at the Madden Tournament in Jacksonville.  Suffice to say, I didn’t have it in me to write anything video game related that day.  The rest of the week ended up being more hectic than I imagined, hence why my August article is coming out September 1.  But rather than let tragedy keep me from doing something, I’m going to pull double duty instead.  Today you’ll get the article I was going to post in August, then later in the month you’ll get my regularly scheduled article (which I’ve been waiting almost a full year to write!).  Before getting back to things, in brief I just want to say always be kind to each other, and if you have the chance to show some extra love to somebody, please take the opportunity to do so.  There is no such thing as too much kindness.

Previously on Steve Plays Some Video Games – I stunk at football because Eddie George is retired and in baseball I didn’t win any home run derbys, but I got to hear the Minnesota Vikings Viking horn so really I am the ultimate winner.  While I only got to play two games on my friend Andy’s PS4, I ended up coming across a very friendly Game Stop where I not only played some PS4 demos but also got to play some Nintendo Switch.  To continue on the sports game front, the next game I played was FIFA 18.  Due to what I believe was me hitting a wrong button, I somehow ended up having ALL of the instructions come up in Spanish.  What might have happened was I thought I was picking Spain the team but maybe I was on language settings?  Anyway, it started me out in some sort of practice mode.  I have no idea whatsoever if the demo did that or if I hit a wrong button somewhere along the way.  I couldn’t read what I was supposed to do, but via the gameplay I was able to figure out what I needed to do (navigate cones, so like drivers ed but with a soccer ball instead of a car), and any game you can figure out what you need to do just by playing it gets major props.  Eventually though it felt like I was trapped in practice mode, so I managed to figure out how to exit it and play an actual game.  I was the aforementioned Spain and I figured I’d play the LA Galaxy so I’d have a halfway decent shot of winning.  WHEN I GOT TO PLAY THE GAME, it was fun.  But in a matter of moments, I found myself in goalie mode(?), where I was stuck as the goalie – even when the action was at the other end of the field.  So points for accurately portraying the isolation a soccer goalie feels about 75% of every game?  As if that wasn’t fun enough, somehow I exited goalie mode and wasn’t even playing, just watching the computer play.  So I quit that game, and moved on to what might have just been my favorite game that I played. 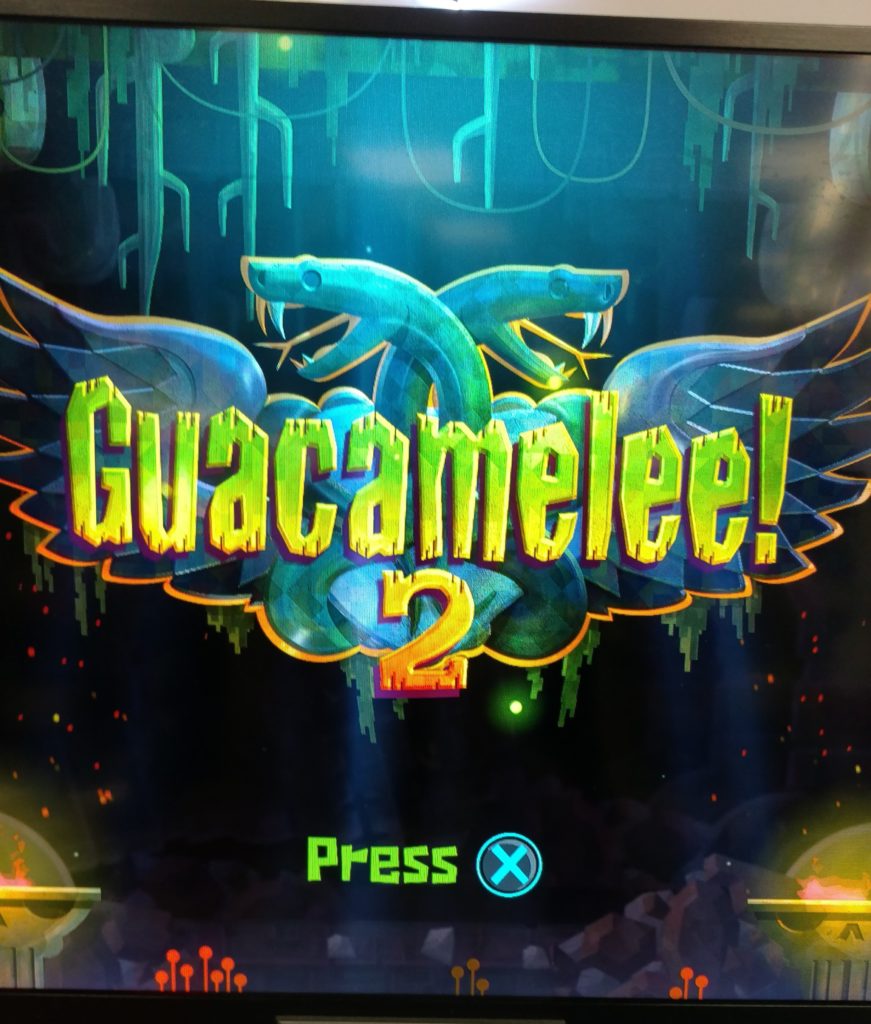 I never knew there was Guacamelee 1, and even though I never played it I’m so glad it exists because it led to this amazing game.  I’m a huge pro wrestling fan, so getting to play as a butt kicking Lucha Libre wrestler by itself was amazing.  BUT THEN A LUCHA LIBRE WRESTLER WHO CAN TURN INTO A CHICKEN?  YES PLEASE!  This game was everything good I remembered about video games.  It was a sidescroller with patterns that weren’t hard to figure out but were still challenging to navigate.  Most importantly, it took an insane yet simple premise and made it super super fun!  I almost made the decision to move into the Game Stop so I could never stop playing it.  I don’t see myself getting a PS4, but if I do Guacamelee 2 will be the first game that I get.

That concludes the PS4 portion of my video game experience.  I still have my Switch experience to write about, which I”m not doing next but will soon.  As always, thank you for reading and I will catch you again in about two weeks!