Happy Batman Day!  Like I mentioned in my last article, this has been in my head for going on a year now.  As a comic book reader, I’m naturally a fan of The Caped Crusader.  However, I feel like the old “Batman can beat anyone” adage has gotten WAY out of control.  Sure it’s funny on “How It Should Have Ended” whenever Batman says “Because I’m Batman”, but IN AN ACTUAL ISSUE OF BATMAN, Batman beats Bane by literally saying he’s Batman! 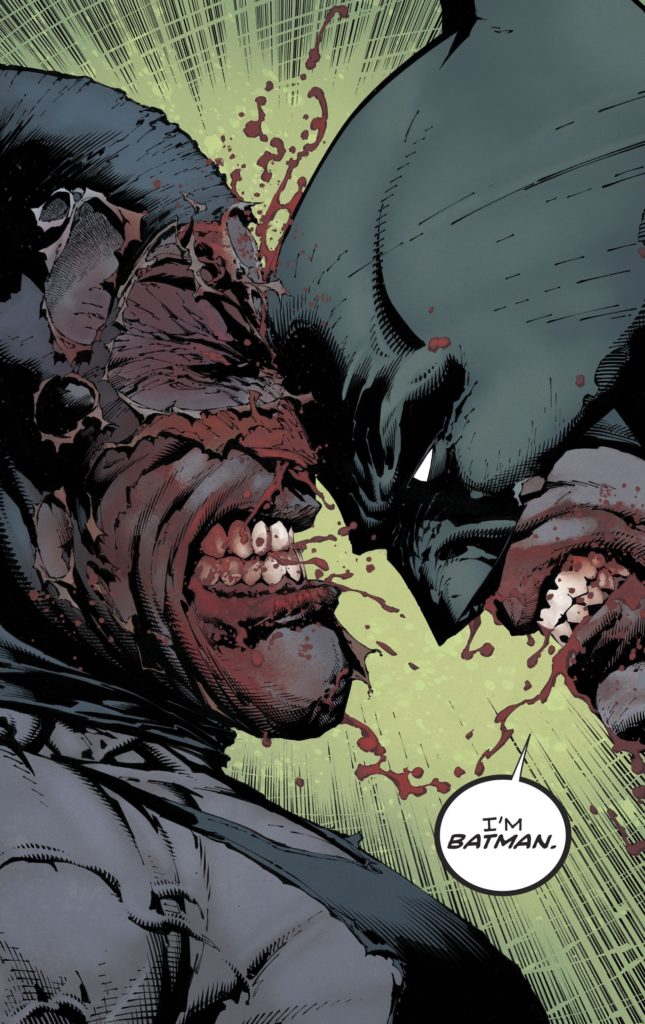 There isn’t much more context than that, and the context that there is is frustrating.  This is the climactic battle from the “I Am Bane” storyline.  An enraged Bane has torn through everything Batman has thrown at him (including the inmates of Arkham Asylum, most notably Mr. Freeze, who’s attempt at freezing Bane did not end well) and spends the majority of the issue beating down Batman.  But then, because he’s Batman, Batman just takes Bane out with a simple headbutt.  That’s it!  I was frustrated by the anti-climactic end to this battle, and my frustration eventually led to me thinking how would Batman do against various characters from pop culture.  So for this piece I won’t be looking at how Batman would do against different super heroes, but rather characters from TV, movies, and video games.  Depending on the TV show I talk about, there may be a spoiler for the show, just want to warn now in case I forget later.  For the record, there are A LOT of super heroes out there I think could beat Batman, just off the top of my head I got Spider-Man, Iron Fist, Wolverine, and Captain America.  This is all super subjective of course and naturally just for fun, but it’s time to see how Batman does against pop culture!

These two are very evenly matched in my opinion, both are excellent fighters with tons of various gadgets at their disposal.  In the end though, it comes down to fisticuffs, where Batman has the superior training.  WINNER: BATMAN

BATMAN VS PHILLIP AND ELIZABETH JENNINGS

If you’ve never seen “The Americans”, do yourself a favor and watch it ASAP.  Set in the 80’s during the height of The Cold War, it’s about Russian spies working undercover in plain sight as married American couple Phillip and Elizabeth Jennings.  Individually, each are dangerous but not on the level of James Bond.  Working together though, I feel they could definitely give Batman a run for his money.  Without giving anything away on the show, I feel they would both need to be at the absolute top of their game to defeat The Dark Knight, and ultimately Batman would be able to exploit a weakness in their attack to win, but it wouldn’t be easy.  Side note, if you’re able to track down the trade paperback “Batman: Ten Nights Of The Beast” give it a read, this was the debut of the KGBeast and it was a remarkable debut for the villain.  WINNER: BATMAN 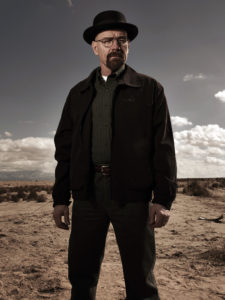 Another fantastic show I highly recommend if you haven’t seen it, “Breaking Bad” is about brilliant high school teacher Walter White, who after being diagnosed with lung cancer uses his knowledge of chemistry to make crystal meth in order to secure his family’s financial future before he dies.  While his desperation would make him a deadly foe for Batman, Batman has beaten smarter foes than Walter (no disrespect to Walter, rather a nod to the intelligence of some of Batman’s Rogues Gallery), so Batman wins here.  I do think pairing Walter with someone like The Riddler or The Joker would be a lethal combination for Batman though.  WINNER: BATMAN 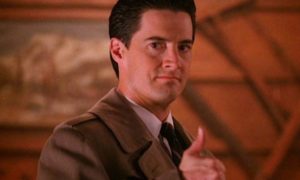 If you’ve never seen “Twin Peaks” before, then you have yet another show to watch because FBI Special Agent Dale Cooper is a national treasure!  Always cool, calm and collected, Coop loves a fine cup of coffee and great piece of pie, and he can handle anything you throw at him, no matter how strange it might get.  From everything I know about Cooper, his training doesn’t go beyond the FBI, which of course is very impressive, but wouldn’t be enough to beat Batman.  WINNER: BATMAN…HOWEVER, there is a continuation for this in the next part, and it contains a little bit of a spoiler ahead for “Twin Peaks.”  I’m going to keep it as spoiler free as possible, but if you’re the type of person that doesn’t want to know anything that could spoil a part of a show before you watch it, skip ahead to Batman Vs Ryu.

To give you extra time to avoid the little upcoming spoiler ahead, here’s a plug for the podcast I co-host, The Episode One Podcast, where I talk about “Twin Peaks: The Return” with my friend and co-host Chris, who had never seen an episode of “Twin Peaks” previously.  If you like what you hear, please subscribe, rate and review us wherever you can.  Here’s a handy link to us on iTunes!  Remember, to avoid the spoiler skip ahead to Batman Vs Ryu.

THE SPOILER PART IS COMING AFTER THESE ALL CAPITALIZED WORDS, THERE IS STILL TIME TO AVOID IF YOU WANT.  TO AVOID SKIP AHEAD TO BATMAN VS RYU.  OKAY READY SPOILER IS COMING IN THIS NEXT PARAGRAPH!

So it turns out Dale Cooper has a doppelganger, but really, who doesn’t, right?  I can’t get into specifics without getting too spoiler-y, but suffice to say the doppelganger is beyond anything Batman would be able to handle.  And if you’ve seen all of Twin Peaks and want to discuss this further, comment below or connect with me on Twitter.  WINNER: DOPPELGANGER

One more plug to help you avoid any hint of a spoiler – because I care!  Did you know I write live, improvised comics?  And did you know my artist friend and I can make a live improvised comic STARRING YOU?  For more information go to comicprov.com!

So how cool would Injustice Vs Street Fighter be, right?  There’s tons of great characters from Street Fighter, but when I think Street Fighter I always default to Ryu.  Ryu wins this, I think.  Why?  While Batman is a very formidable fighter, he also took on other disciplines, like his high level detective skills.  Ryu, however, has dedicated himself to becoming the greatest fighter in the world, and it’s that dedication to this sole discipline that would give him the edge over Batman.  Plus, I’m not even factoring in the Hadouken or the Satsui no Hado, which Ryu wouldn’t need to resort to unless Batman started cheating.  WINNER: RYU 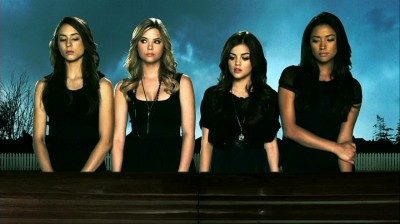 So y’all, my summer show I’ve been watching is “Pretty Little Liars”, I got hooked after doing it for the podcast.  If I’d have written this article back in 2016, my summer show would have been “Gilmore Girls”, and here’s a quick breakdown of how that would have went – Batman could probably take Rory, probably couldn’t take Lorelai, and definitely couldn’t beat Emily, so WINNER: GILMORE GIRLS.  Back to PLL, I’m not even going to try and tell you what this show is because it’s insane, but if you want to know more I totally get into it on the podcast.  Suffice to say the girls are a fantastic foursome and Spencer Hastings (on the far left) is a 10th level genius.  The girls have dealt with far worse than a brooding guy who dresses as a bat, so they wouldn’t even BAT an eye at Batman.  I’m calling this a draw – I have to admit Batman probably has the edge against the four main girls, BUT if the girls were able to make peace with a certain frenemy then Batman would be screwed (not telling you who to avoid spoilers, but if you’ve watched PLL and want to talk PLEASE comment or hit me up on Twitter!).  On a related note, if Batman fought real life Shay Mitchell (on the far right), Batman wouldn’t stand a chance.  WINNER: DRAW 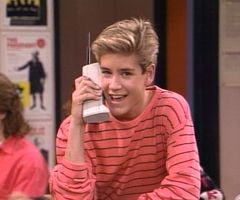 Zack Morris may be trash, but the fact of the matter is Zack just needs two words to defeat Batman – “Time out.”  WINNER: ZACK MORRIS

FINAL TALLY – It ended up in a draw (technically pop culture would be the winner if I counted Batman vs Shay Mitchell, but I’m not counting that), but considering Batman was up against all of pop culture, I’d say he fared pretty well.  Let me know in the comments if you agree or disagree, or also if there’s someone you want to see Batman go up against in the future.  Have a great Batman Day and watch out for The Joker!