Skip to content
You are here
Home > Comics > Trick Or Treat: Spider-Man Vs Dracula 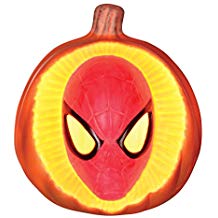 Happy Halloween everyone! Since unfortunately I can’t give you all candy (believe me, if I could hand you a Snickers through the internet I totally would!), I figured I’d give you the next best thing.  I was originally going to include this as part of a big piece involving comic book characters versus horror characters, but honestly since several major horror characters are in the public domain it wouldn’t have been that exciting.  For example, Dracula has been a character in the Marvel Universe for decades now, and has fought Batman and Superman among other DC characters.  Similar situation with Frankenstein, he’s been used more in DC but Marvel has their own Frankenstein as well.  BUT, there is something I can present you this Halloween that isn’t a TRICK, rather a TREAT – SPIDER-MAN VS MORGAN FREEMAN DRACULA! Hope you enjoy and have a great Halloween!